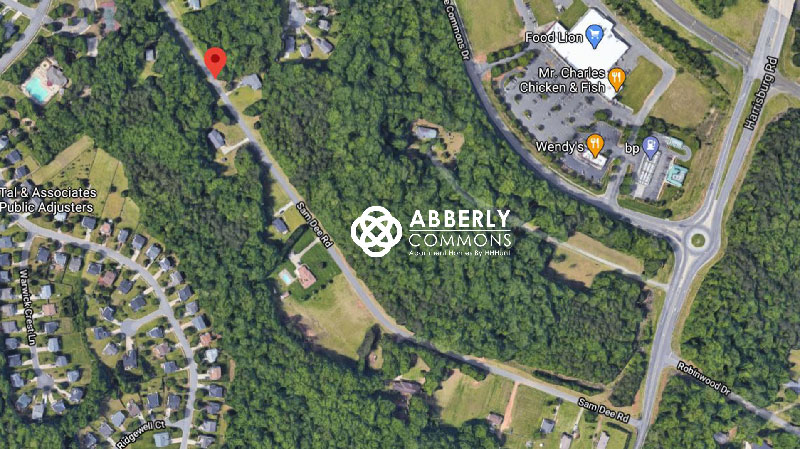 Charlotte, NC – January 4, 2021 – HHHunt Corporation, a diversified regional leader in real estate development, building and management for over 50 years, announces that it has acquired property on Harrisburg Road near Exit 39 off I-485 in Charlotte, North Carolina for a new apartment living community. The community, named Abberly Commons, will feature 287 apartment homes and a wide array of amenities. This is HHHunt’s fourth apartment living community in the Charlotte region.

“Abberly Commons represents HHHunt’s continued investment in the Charlotte region,” said Lance Goss, Vice President of HHHunt Apartment Living. “We see further growth in the Queen City and are excited to build our portfolio of apartment communities in the area. At HHHunt, we believe it’s how you live that matters and Abberly Commons reinforces our commitment to provide distinctive design, modern conveniences and unparalleled service.”

This new community will offer one- and two-bedroom apartments homes ranging in size from 695-1492 square feet. Additionally, smart home technology from ADT will be included in all Abberly Commons apartments. As a result of HHHunt’s partnership with ADT, new apartment homes will feature an assortment of integrated smart home devices including smart hubs, smart thermostats and smart locks giving residents access to the latest in smart home security technology.

Construction on Abberly Commons is expected to begin the summer of 2021. This new development represents an investment of over $52.3 million.

About HHHunt
‍Since 1966, HHHunt has grown into a diversified leader in real estate development throughout the Mid-Atlantic. Its five divisions, HHHunt Apartment Living, HHHunt Communities, HHHunt Homes, HHHunt Properties Development and HHHunt Senior Living, are recognized leaders in their sectors with communities in Virginia, North Carolina, South Carolina and Maryland. HHHunt improves the lives of thousands of people by being a trusted partner in every phase and stage of their lives. Because at HHHunt, it’s how you live that matters. For more information, visit: www.hhhunt.com/.